Which Influencer is Right for You?

Social media is here to stay — whether we like it or not. So, of course, brands should capitalize on it! Many brands are using social media influencers to promote their products and generate sales. There are different types of influencers to fulfill the brand’s needs: mega, macro, micro, and nano.

Mega influencers are the highest-ranked influencers who are mostly famous celebrities. With their huge following, they’re able to bring the greatest amount of exposure for the brand, but at a very high cost. Kylie Jenner, for example, charges $1 million per sponsored post, which is expensive, but her post will reach millions.

The next level of influencers are Macro influencers — influencers with 100,000 to one million followers. These influencers have the ability to reach a broad demographic, while also reaching the masses. This level can also be quite costly.

If brands want a more cost-effective alternative and have a specific audience they want to reach, micro influencers may be the way to go. These influencers have smaller following, but their followers tend to be more loyal which creates higher engagement and more sales.

Last but not least, are nano-influencers which are everyday social media users with less than 10,000 followers. They are relatable, trustworthy, and have tight-knit relationship with their followers; they feel more like friends than strangers. Plus, most nano-influencers are often satisfied in trading goods & services, rather than monetary compensation.

There are influencers to fit every brand’s budget and needs. Regardless of the type of influencer used, the brand will gain exposure and potentially have success. Which group is best for your brand? 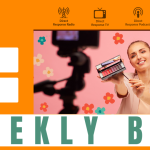 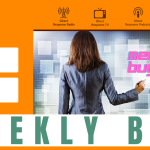 Essential Skills For A Media BuyerUncategorized