The Ever-Evolving Shape of Video

Aspect ratio has evolved with how we engage with video. Where has it been, and more importantly, where is it going?

Which do you prefer.. square or rectangular video? Your answer likely depends on how you like to watch!

It wasn’t until recently that the average person thought about the “shape” of video… or as it’s more accurately called the “aspect ratio”.  For those of a certain age, the rectangular video was reserved for movie screens, while a square-ish format was found on TV.

But that began to change in the 2000s as televisions began physically widening out for a more cinematic experience. Soon a rectangular “aspect ratio” became the standard for television, and a frustrating era of fiddling with remote controls to find the correct image size began.

Now we have reached the era of mobile video, and the irony (and challenge) is the great return of square video formats- as seen in recent years as the dominant format on Instagram and other social media sites.  Square formatting better fits the mobile experience, as it allows greater vertical real estate on phone screens- in other words, it’s bigger and occupies more space- which is exactly what we want as marketers.

It’s not a time to get comfortable with the throwback square video format, however- because the next evolution has already arrived! As format restrictions on social and streaming sites have been greatly modified, we’re now seeing all kinds of new and experimental aspect ratios- evolving once again toward a, you guessed it, rectangular format! This time in a VERTICAL direction that more closely mimics the shape and orientation of phone screens.   All of this, of course, is to maximize the image on the screen – giving marketers more ways (and more room) to tell a story, while monopolizing visuals.

So, what is the shape of video yet to come?  One can only guess! We may never see a standard video format again- in a way, mimicking that of film- in which the director chooses an aspect ratio they feel best fits the project. Perhaps as forward-thinking marketers, we need to adopt the same philosophy! 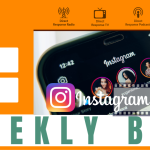 Reels Are Generating The Most Reach & Likes On InstagramUncategorized 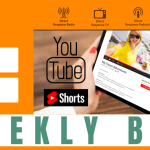