YouTube is looking to make it big in the short format video category, with a big push for YouTube Shorts. But how well does YouTube stack up against the other players?

The marketing production house, Creatopy, did an interesting study. They tested the same ad creative on four major platforms that allow running vertical video ads: TikTok, Instagram Reels, YouTube Shorts, and Pinterest Idea Pins. They wanted to know which of these four platforms would help bring more traffic to their website when using a short-form video while also paying attention to the traffic quality.

Granted, it was a small test. They allocated $3,000, running for 15 days in August of this year. They equally split the budget between the four platforms, each receiving $750.

Some of the key takeaways:

· The YouTube Shorts ad brought the most traffic to Creatopy’s website in quantity (366 users), emerging as the clear winner of the case study. TikTok grabbed second place (165 users), Instagram Reels (44 users) came in third, while the Pinterest Idea ad only brought five users to their website.

· The Pinterest Idea ad scored the highest video completion rate (20.16%), more than double compared to the YouTube Shorts ad, which came in second place with a 7.42% completion rate. Instagram Reels and TikTok lagged with only a 1.97% and 0.82% completion rate, respectively.

YouTube’s algorithm rewards content creators and advertisers in the Shorts space. While short-form video content might not overall be the best in conversion, there is a strong case that it garners a lot of attention and can drive traffic to your website. 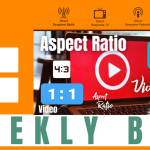 The Ever-Evolving Shape of VideoUncategorized 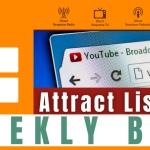 B2B Podcasters: YouTube Is Your Best Way To Attract ListenersUncategorized