As someone who works in marketing, I’m one of those people who gets more excited to see the Super Bowl commercials than the actual Super Bowl. I can’t help but admire the thought, originality and effort that goes into creating a spot. Which I’m sure is why I recently caught myself laughing again at a commercial I saw last year: UberEats’ commercial titled, “Tonight I’ll Be Eating….”

To give context to the commercial, the ad starts in a grimy warehouse that appears vacant (think the climax to a CSI episode.) Mark Hamill walks in frame dressed sharply. He appears intense and informs that he’ll be eating without “tomato” (emphasis on the tomato’s long “a” sound.) Then Patrick Stewart in frame, opposite Hamill, shares he’ll be having extra “tomato” (emphasis on the tomato’s short “a” sound.) From there, UberEats drops off both of their orders. And soon Hamill is seen holding a baseball bat and Stewart holding a cricket stump. While both actors try their best to deliver combative banter (unsuccessfully,) the commercial cuts to: “Tonight I’ll be eating UberEats.”

The fact that it’s a year later and I still chuckle at this commercial is amazing. Breaking the commercial down, we can discover the efficiency of why the spot works. On the surface, we find the humor and absurdity in two grown men awaiting a scuffle as their meals await them. However, the humor and absurdity transforms into genius once we realize the codes and conventions the commercial plays upon. Think crime drama; the low lit warehouse, the suspenseful score, the well-dressed antagonists and the classic disagreement on the pronunciation of “tomato.”  All this for a food delivery commercial? Then, of course, incorporate the start text of Hamill and Stewart. Both are known as celebrity sweethearts, they’d never hurt a fly let alone each other. Further, as Hamill is the face of the Star Wars franchise and Stewart of the Star Trek franchise, it’s hilarious to see both figures disagree on something more than which franchise is better.

It’s essential to create a moment when creating advertising. You’re doing more than just displaying what your product is or what it can do – you’re creating a moment. A memory! Think: catchy jingles, offhand humor, celebrity appearances! For Uber Eats, they incorporated everything that they did to not only assure that their spot would be remembered but to also set a precedent that they’re not afraid to deliver quality. A notion that carries over into the idea of them putting just the same amount of effort into their services. Take your time in ensuring a great spot. Draft, draft some more, and then redraft again. That way your spot has a chance to be remembered and be laughed at fondly a year after its debut, as well. 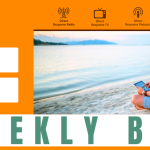 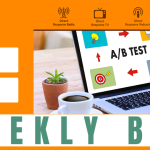