Testing can be scary. We tend to rest on our laurels and double down and do more of the things we know work to achieve our goals. But how do you know what works in an ever-changing world? You test! It is a vicious cycle, a necessary evil and a huge window of opportunity to expand your war chest of “what works” for your campaigns. Whether or not we like it, testing is a cornerstone of direct response marketing.

Sometimes just deciding on a testing methodology is the hardest part. Is this the type of campaign where an A/B test will be a clear comparison, or does it need to be a more subjective test collecting opinions? Your first task when testing should always be to decide what your goals with the test are. If you’re looking to increase conversions and sales, as most direct marketers are, you may not get any useful data if your test is asking for an opinion. With our Instagram campaigns, I’m frequently put into a position where the account owners tell me “I like XYZ ad better” so it’s helpful to have more objective data to show them which performs better, regardless of which one they like better. That strongly informs the testing methodologies we’ve come up with for that campaign.

What Can You Learn?

It’s important to be willing to fail. That doesn’t sound like something you necessarily want to tell your boss, but sometimes there’s more to learn in a failed test than in a successful one. Being able to understand WHY a test fails will help you to hone future tests until you can find something that really works. For one of our clients, we tested Instagram accounts of photographers and quickly learned that our direct response ad rates for this client are too low for professional photographers who make a living as such. That helped us to avoid another test down the road of a different group of professionals because we applied the same rational with the rates. While testing can be expensive for undesirable results, in the long run what you learn from that test can help save your client money. You’ll know what NOT to test in the future and have a better idea of what else TO test based on what you learned.

Known as the “Father of Advertising,” David Ogilvy said “Never stop testing, and your advertising will never stop improving.” Even if it seems like a small tidbit of information, with each test you gain valuable knowledge that you can use not just on improving future tests, but in fine tuning existing campaigns. This can be the difference between not hitting your KPIs and instead making your client incredibly happy. Being willing to try new things and test new ideas will always provide an opportunity somewhere, whether it’s a new media you can begin working in, a new type of advertising, or a crazy “out of the box” guerilla marketing plan. Test, test, and then keep testing! 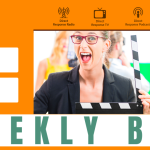 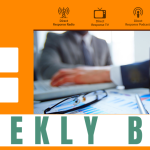 Direct Response from a Client’s PerspectiveUncategorized