You Have The Power… Your Role In Creating Commercials Matters

I was watching Sam Raimi’s 2002 Spider-Man film on TV last week. The one with the famous line from Peter Parker’s uncle, “With great power, comes great responsibility”. As the words were still swirling in my mind, the movie faded to a commercial break. Without giving away any specifics, a commercial played that I found to be a bit “dated”. Specifically regarding how ethnicity was handled. I thought to myself, as Peter Parker’s uncle’s words still swirled inside my head, “Man, those that created this commercial probably don’t even realize the significance of their power in creating that commercial.” The “powers that be” probably just figured that their commercial was just as ordinary and unimportant in the schemes of things as any other.

For better or worse, the small screen and silver screen each have the ability to dispatch loads of text interpretation. Think if, “a picture says a thousand words”, then how much can a 1000 pictures say? How much can a network block say? Or a specific TV show say? Or a specific commercial say? Whether we know it or not, screens pump tons of ideas into our heads, with ad breaks being no exception. Film, television, and, yes, even commercials have the power to create new interpretations of things. We, as consumers, use our own experiences to decipher information and form an opinion, commercials can either aid towards an honest description of people or a false, negative one.

Therefore, it’s important to keep in mind the power that you have to add to narratives. You can either break stereotypes or play the role of further cementing them. When creating, inquire within yourself as to why you’ve chosen specific genders to play specific roles? Or as to why you’ve decided to cast a certain ethnicity? Ask yourself, “Why have I chosen to give these lines or actions to this specific character?” Whether we want to admit it or not, commercials being produced can play a part in how society perceives one another. Just as a person’s role matters in the creation of a commercial. Whether small or big, high budgeted or low, one’s power in creating commercials matters. So, from the mouth of Peter Parker’s uncle, remember: “With great power, comes great responsibility”. 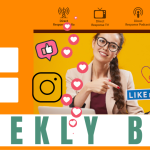 What We Are Learning re “Performance” InfluencersUncategorized 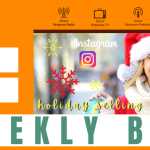 A New Way To Shop & Sell For The HolidaysUncategorized