All communities have certain practices and standards for behavior. Anthropologists have been studying human cultures and societies for centuries. In our current century, we find ourselves also navigating both in-person communities and online communities. Whether you’re most active on Facebook, Instagram, TikTok, or Snapchat, there are different standards of what’s acceptable, mostly set by the platform itself. As an agency working with influencers on these platforms to promote our clients, I need to be familiar with the idiosyncrasies of each platform when putting together promotional materials. This can be a challenge.

Many community guidelines for various social platforms are the same. No hate speech, no violent rhetoric, no illegal activities. But then you get into other, more open-ended guidelines that allow for many different interpretations. We’ve encountered this working with influencers posting lingerie. Nothing is exposed, it’s no skimpier than a bikini, it’s very tasteful, yet they get their videos muted or removed for violating a community guideline. In this case, it’s an open-ended definition of “sexually explicit”. We may be desensitized to the explicit nature of the lingerie, or the algorithm could be set very sensitively. It’s hard to say. Vague policies protect the platform so they can make judgement calls when needed, but it’s also a huge source of frustration for both creators and advertisers alike.

Not all platforms are created equal. What is perfectly allowable on Instagram may get you booted off of TikTok. As well, many of those guidelines are not enforced with consistency to all users. It’s a problem as old as social media – Creator A did something that got them tons of views and likes, so Creator B tries their own spin and they get punished. Not all infractions are equally serious either – forget to tag an ad and you get a reminder but forget to blur a body part and you get shadow banned. It’s important for advertisers and agencies like ours to be sensitive to what we’re asking creators to do on each platform and not asking for them to do things that would jeopardize their social presence. We may push the limits on some of the rules, but we need to communicate that to our partners and do our best to develop best practices that won’t put anyone’s account in peril.

Most of the time, social networks will do a decent job of letting their users know when a community guideline, standard, or rule is updated that may affect them. However, there’s usually no lead up to some changes – one day something you’ve been doing on your account for months is totally fine and you wake up the next day and it could get you banned. And if an advertiser is paying an influencer to do that exact thing, it puts everyone in a tough spot. As an agency, we need to be aware of these changes and adjust our campaigns to accommodate them.

Back in November, I wrote about how you have to adapt or die working in social media. As an advertiser, you need to be up-to-date with the current community standards when asking influencers to promote certain products. You need to be sensitive to their concerns and work with them to create content that is engaging, follows all of your brand talking points and style rules, AND still adheres to the specific platform’s community guidelines (and advertising guidelines). This will set you up for more successes than failures when you have to bob & weave when new challenges are hurled at you by the networks. 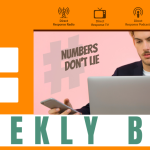 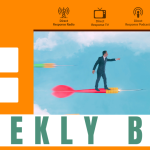