Be Flexible, Look At Metroid

In August of this year, the Metroid franchise will be celebrating 35 years of gameplay in North America. For those that don’t know, Metroid was released in North America on August 15th, 1987, for the Nintendo Entertainment System (or, NES). Within the 8-bit platformer, you control the cybernetic protagonist, Samus, who is on the alien planet Zebes to stop the “metroid” (an alien hive mind soon to wreak havoc.)

Upon the game’s release in North America, Metroid was a huge success, selling almost 3 million copies and sparking a franchise that continues to flourish today. Retroactively looking back, we have to acknowledge an aspect of that success – Metroid’s U.S. marketing. Which, in the commercials shown below, appear drastically different from the game’s Japan-origin marketing.

Watch the next 43 seconds and spot differences from the first, Japanese commercial and the following U.S. version.

There are an obvious number of differences one can spot between the Japanese commercial and the American commercial for Metroid. Besides examples like Japan’s ‘in-your-face approach’ or America’s focus on ‘gameplay submersion’, I think the subtext and main takeaway for advertisers from these ads is that content needs to be tailored for every market.

Japan already had a successful marketing campaign for Metroid, as the game was a hit for the country and brought over to the states, so one would think ‘just copy+paste right?’ On the contrary, the U.S. marketing team knew that one success for one market doesn’t mean a guaranteed success for the next. Given the opportunity and budget, the U.S. marketing for Metroid invested in work that they weren’t only proud of but work that could individually speak to the U.S. market. As one ad may work with a ‘Comedy’ audience, it may not carry over for a ‘True-Crime’ audience. And what may have been successful in Japan, may not be in America. Thus – be flexible with your application and use the success of Metroid to understand the nuisance of every market. Whether large or small, American or Japan-based, subtle or not; be flexible and look at Metroid as an example of doing it the right way. 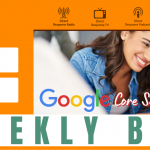 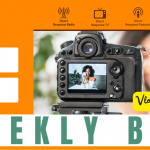