There is an undefined level of trust between advertisers and consumers. While consumers have great optimism about a new product they will be buying, they are also aware that advertisers are supposed to make them want the product. Over the years, consumer laws have been put in place to make fake or deceptive advertising open to lawsuits.

The lines of trust have become more blurred when advertising within the social media world. For example, Meta (Facebook), Twitter, TikTok and YouTube and other companies, have added “Product Reviews” into their advertising lineup. These types of ads appear to be useful since one consumer can see first-hand what another consumer (i.e. the Reviewer) thinks of the product.

Recently, Amazon filed a lawsuit against the administrators of thousands of Facebook groups that encourage fake product reviews. Fake reviews can include a review from someone who claims they bought the product but did not, or, in some cases, someone received free products or money in exchange for a positive review.

A product with too many five-star reviews, mentions of gift cards or free products in the reviews or reviews for one product that appears under another, should be a warning sign that the review could be what Amazon would define as fake. This undermines the trust a consumer has with the retailer and why Amazon filed the lawsuit. It should be noted that the lawsuit is not against Meta directly but against the leaders in charge of the Facebook groups posting fake reviews.

This lawsuit will be interesting to see how it will affect future advertising within social media companies. Fake and misleading reviews have been a problem for years and the time seems to be right for laws that will crack down on this issue. 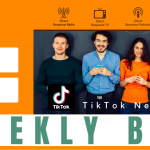 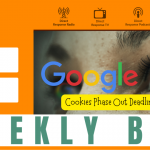